When the movie “Rosemary’s Baby” ended, I was shocked. How come the devil wins in a film? Does no one make any objection to this movie? But I also think this is a well done movie. It tells us many things and also created many real anecdotes after the movie was shown in cinema. It`s an intelligent and wonderful adaptation of Ira Levin`s Satanists thriller novel. Usually a film version is worse than original book like The Harry Potter series. So this movie is more worthy.

Her kind neighbors exploit her wish that she wants to have a baby. How awful it is! Many of the players behaving disgracefully are so old. Guy - young guy, Rosemary`s husband was the most selfish betrayer. For him, his success is the top priority. I don`t want to marry if I can`t be all for my husband, so Guy’s backdoor contract disappoints me. Poor rosemary knew nothing, but became realized that she couldn’t believe anyone. 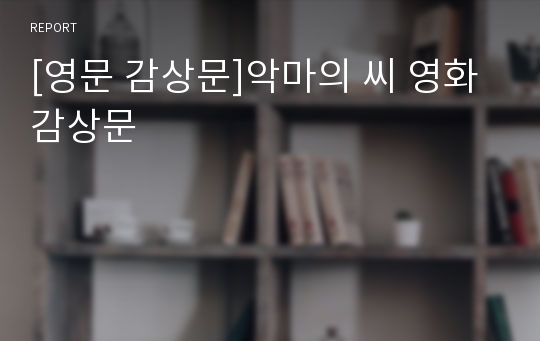