My favorite book is "The Alchemist", written by Paulo Coelho. I read this book almost two years ago. I enjoyed the book and I have learned so much from it.

The Alchemist is the story of a young Spanish shepherd boy who is told that he is destined to find a treasure near the pyramids in Egypt. He`s name is Santiago. He as the shepherd was living a stable life, but He toward Africa sold both fields which are a former property and he left 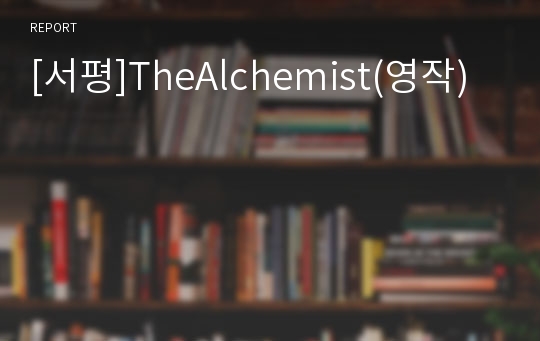