1. Introduction
The Diary of Anne Frank might be the most famous personal account of the Holocaust. This was written in Amsterdam, the Netherlands, between 1942 and 1944. Anne was born in 1929. Anne’s father, Otto, had come from a wealthy background, but his family’s fortune was lost after World War I. The Franks, a Jewish family, moved to the Netherlands in 1933 in order to escape Nazi persecution.
Anne received a diary on her thirteenth birthday and expressed hope that it would become her one trusted confidant. She immediately began filling her diary with details of her life. Less than one month after she began documenting, Anne and her family were suddenly forced into hiding.
The Franks were relatively prepared, since they had been sending furniture and provisions to a secret annex in Otto’s office building in anticipation of the Gestapo.
While they were in hiding, the Franks used a radio to keep up with news from the war, and Anne frequently wrote in her diary about events that caught her attention. 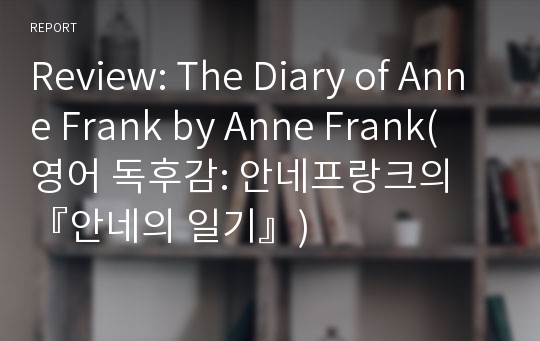