대본- The One Where Monica Gets a New Roommate (The Pilot)

The One Where Monica Gets a New Roommate (The Pilot)

SCENE 1: CENTRAL PERK. (ALL PRESENT EXCEPT RACHEL AND ROSS)

MONICA: There's nothing to tell! He's just some guy I work with!

JOEY: C'mon, you're going out with the guy! There's gotta be something wrong with him!

CHANDLER: So does he have a hump? A hump and a hairpiece?

PHOEBE: Wait, does he eat chalk?

(THE OTHERS STARE, BEMUSED) 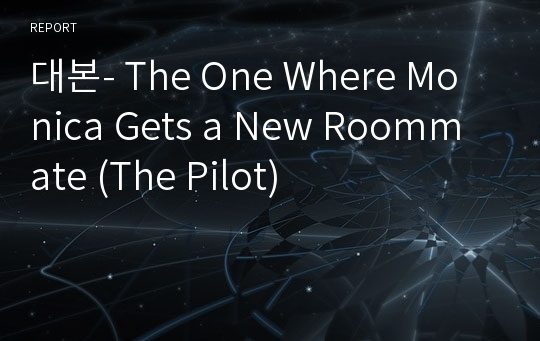