# Axis Shifting Sidestep (↑∙ -or- ↓∙)
The sidestep was a gift to a character in Tekken 2. In Tekken 3, every character can now perform a sidestep. Mind you, sidestepping won't get you out of many moves due to the fact that attacks automatically track (that is, if you sidestep too early, your opponent will hit you anyway), but when you use the correct timing, sidestepping is a great asset. Using sidesteps to dodge the opponent's attack and then countering or initiating a juggle is a major addition to Tekken 3's gameplay.
# Agression Charge (①+②+③+④)
The Agression Charge is another new addition to Tekken 3. Once the move is used, your character will charge up for a moment (like the charge before an unblockable attack), and their fists will begin to sparkle. Agression Charges usually last about five seconds. During a charge, your character's attacks will take off slightly more damage. Also, if your character's attacks are blocked, they will still take off a small amount of damage (as if the "Guard Damage" game option were turned on). Use the charge to your advantage... do moves that normally take off alot of damage but are frequently blocked. 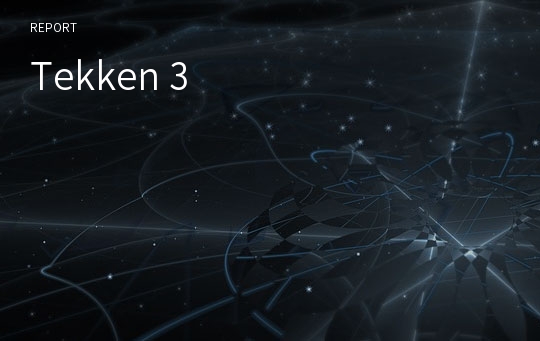