The Korean economy has grown exponentially. In the 1950s, Korea had an economic scale similar to that of Ghana, and at that time North Korea was in some ways more industrialized. Now, 60 years later, Korea has become the 11th most developed country in the world. There have been many twists and turns of Korean economy, but Korea has been growing steadily. In 1962, GNP was only $ 87 per capita, but since 2017, Korea has surpassed $ 30,000 per capita GDP.

However, rapid economic growth has created a deep shadow. The environment has been destroyed, the polarization caused by the wage gap has worsened, and the economic growth rate has been steadily declining since the 2000s. Young people do not have the opportunity to work, but even if there is opportunity, low wage unstable jobs are increasing. According to the OECD's 'Job Quality ' report, Korea's income inequality was 0.32. Among the 33 countries surveyed, income inequality was the fourth highest after Israel (0.41).. 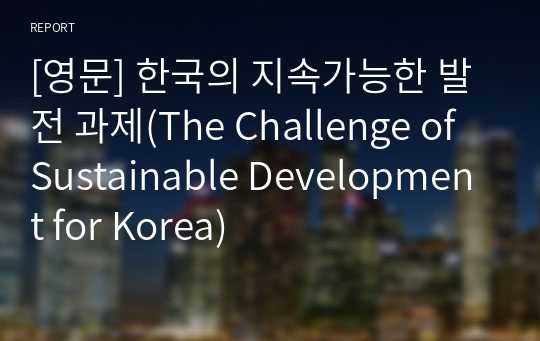