“ Which do you think is more influential in determining what you are - heredity, or environment? ”

Personality is..
① The quality or condition of being a person.
② The totality of qualities and traits, as of character or behavior, that are peculiar to a specific person.
④ The pattern of collective character, behavioral, temperamental, emotional, and mental traits of a person: Though their personalities differed, they got along as friends.
⑤ Distinctive qualities of a person, especially those distinguishing personal characteristics that make one socially appealing: won the election more on personality than on capability. See synonyms at disposition.
....etc... 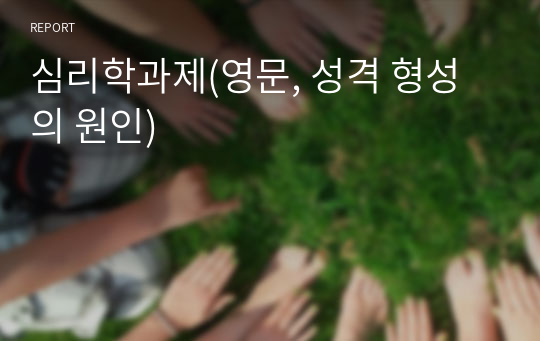