Henry David Thoreau’s Walden is an essay based on his experiences in the forest. Walden contains his philosophy, and his philosophy emphasizes naturalism and harmony, which is like typical Orientalism. In particular Walden is similar to the seven sages of the bamboo grove (hereinafter seven sages)’s ideas in that Thoreau has completed his work in a place that is somewhat out of touch with the world. Therefore, after brief introduction to seven sages, this report will analyze the similarities between Thoreau and seven sages in three different aspects: the training method, lifestyle and their goal. And lastly, this report ends by describing the difference between Thoreau and seven sages. 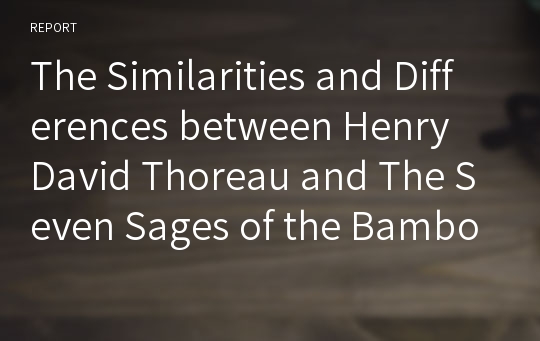