Implementing culture in EFL classrooms has been increasingly considered to be a critical aspect of involving students in the wider vision of learning a language. This study thus investigated the importance of cultural understanding in EFL classrooms. Three research questions were addressed after analyzing data from 310 respondents. Findings showed that students did not receive enough cultural experience in English language classrooms. Students also had a lack of confidence in their knowledge about the culture of English speaking countries. In addition, students tended to have a preference for learning about the culture of economically rich countries, such as America and England. The results also showed that among many possible activities and sources, students were mostly influenced to learn about culture through activities such as role-play, quizzes and reading, and through sources such as teachers and mass media. Findings suggest that understanding culture should be considered as a crucial part of language learning. 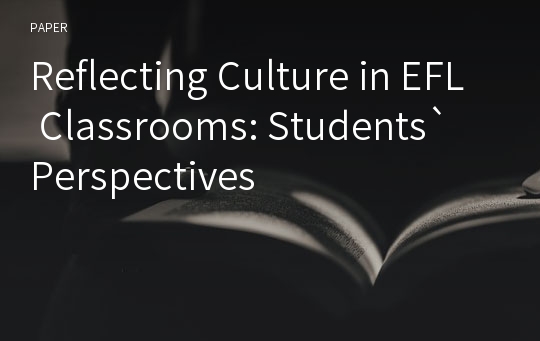