Charles Dickens is regarded as the great realistic writer of the Shakespearean literary genius by exploring the deep inside of human nature and describing the various conflicts, absurdities and evils of the 19th century English industrial society with the philosophical insight and the ingenious techniques of satire and humor. He criticizes the English aristocratic system based on wealth and class, revealing the hypocrisy and deceptiveness of the gentleman class. David Copperfield, his autobiographical novel, describes David`s process of growth, overcoming many hardships and achieving his dream of becoming a successful writer while Bleak House, dealing with the problem of inheritance, exposes the irregularities, corruptions, and injustices of the court, parliament and government officials and represents the rights of the common people of the weak position. Hard Times is the most remarkable novel of social criticism. With the sense of balance and propriety, Dickens maintains that the utilitarianism of self-interest and harsh calculation can damage the education of good personality and the coexistence of factory owners and workers. This sense of harmony and propriety also applies to A Tale of Two Cities, a historical novel of French Revolution. While noting the inevitableness of revolution caused by the inhumane cruelty of the aristocratic people, Dickens demonstrates that the vicious cycle can not be evaded because of the terror of vengeance of the revolutionary parties. Great Expectation deals with the vainglorious Pip who longs to become a gentleman with inheritance and recognizes himself by the consciousness of guilt and shame. Pip realizes that not the class position and wealth, but the life of honesty, humbleness and hard working can give happiness. Our Mutual Friend also deals with the theme of inheritance employing the complicated plot of the mysteries and potentialities of human nature. Dickens`s moral viewpoint is that pride, egoism, craftiness, jealousy and other vices cannot defeat the virtues of integrity, humbleness, faithfulness, self-sacrifice and etc. That is the reason why he was praised as the peoples writer by the 19th century English readers. He is evaluated very highly in the world literature, impressing the world readers beyond time and space and influencing many famous writers like Leo Tolstoy, Pearl Buck, Agatha Christie and others. 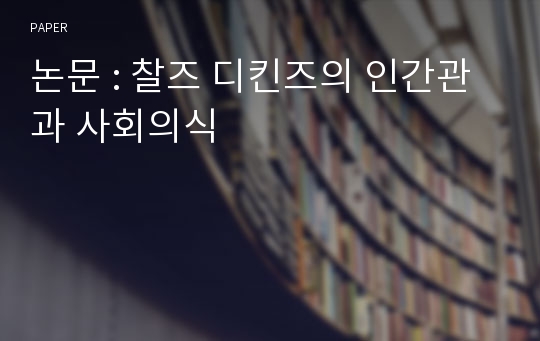