Effects of a short-term detraining period on muscle functionality and cognition of strength-trained older women : a preliminary report

The present study aimed to investigate the impact of a 1-month detraining composed by Christmas and New Year’s Day in the functional and cognitive parameters of 12 older women who had previously participated in 22-week moderate intensity strength training program (ST; n= 6) or remained performing their regular habits of life during all study period, without engaging in physical exercise programs (CG; n= 6). Transfer capacity (i.e., Timed Up and Go [TUG]) and executive function (i.e., TUG with a cognitive task) were increased in the ST group after the intervention. However, the 1-month detraining period was enough to totally reverse the gains in both parameters. In conclusion, data of the present study indicate that 1 month of detraining was enough to totally reverse the beneficial effects of a 6-month ST program on physical mobility and executive function of older women. 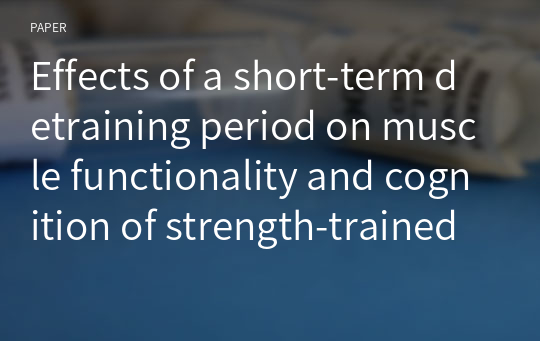