Its thought and aesthetic principle can be said to be above itself, though. As Seon is reflection of mind, which cannot expose its substance certainly with reason or reasonal understanding and judging, it becomes the theme inspiring infinitely. Seon, itself may be the alternative to overcome the crisis as exhaustion of materials in modern poetry, in that creativity and avant-garde. The recent increase of interest at the Seon in Korean poetry is caused by the needs of alternative in crisis of exhaustion rather than by understanding oriental traditional sense and thought. In that point modern poetry needs to accept sense and principle of Seon and practice it asthetically. First Seon should be understood in order to unite and connect the Seon and modern poetry. The historical context and meaning of Seon is to be studied, and then on that foundation Seon should be understood and interpreted from Western poststructuralism and deconstruction. If oriental ideology and western one are simply compared and adapted, it can bring about losing both important elements. Uniting and connecting Oriental Seon and Western poststructuralism, or deconstruction means that they should be understood as changing, creating, and evolving total outflow activity, with non separated organic and constant change of dimension, recognizing each independence. From this point of view it can be said, that uniting and connecting both ideologies has complex layered or multi layered conception, not single layer. The features of those are converged into prospect of modern poetry and the matter of its identity. It will place the modern poetry on the connection network to unite and connect the oriental and western ideology by Seon. If Seon is meaningful in the modern poetry, that`s why it includes the very prospect of poetry and matter of its identity. 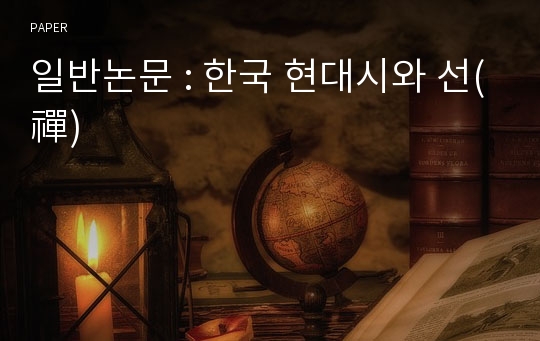