“What the hell is he?” Double Agency in Ulysses

This paper examines the “Cyclops” episode of Ulysses and how nationalism and Jewishness create a sense of double agency in the episode. Not only Bloom, but also the other characters in Barney Kiernan’s, are double agents: their identities blur and commingle with Bloom’s presence. The tension between the Irish nationalists in the pub and Bloom’s perceived Jewishness highlight that double agency; yet, there is also a tension in the narration itself with the interruptions in the narrative. The narrator too produces paranoia because he is an unknown character who is paranoid himself. The entire episode works to show that paranoia surrounds identity, and any clear definition of national identity―especially for nationalists whose supreme goal is freedom from colonial rule―is troubled. But double agency, the episode suggests, is how identity works. 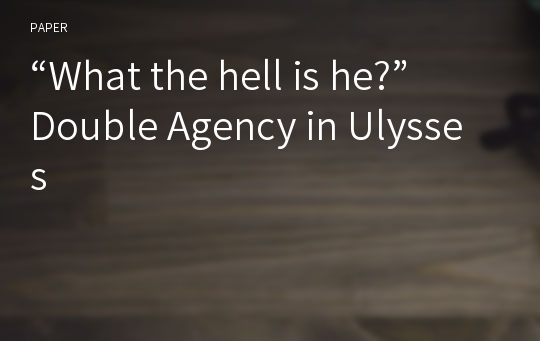