CTCF, Zinc-finger protein, has been identified as a multifunctional transcription factor that regulates gene expression through various mechanisms, including recruitment of other co-activators and binding to promoter regions of target genes. Furthermore, it has been proposed to be an insulator protein that contributes to the establishment of functional threedimensional chromatin structures. It can disrupt transcription through blocking the connection between an enhancer and a promoter. Previous studies revealed that the onset of various diseases, including breast cancer, could be attributed to the aberrant expression of CTCF itself or one or more of its target genes. In this review, we will describe molecular dysfunction involving CTCF that induces tumorigenesis and summarize the functional roles of CTCF in breast cancer. [BMB Reports 2017; 50(9): 445-453] 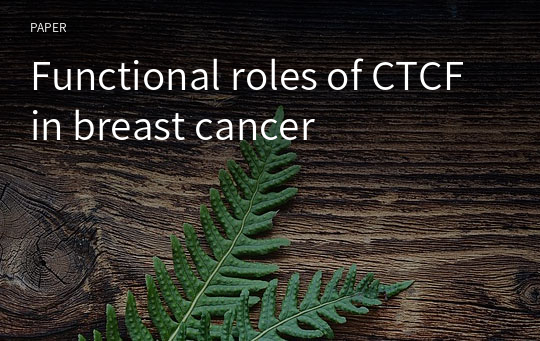