Representation based classification, kernel method and sparse representation have received much attention in the field of face recognition. In this paper, we proposed an improved kernel principal component analysis method based on sparse representation to improve the accuracy and robustness for face recognition. First, the distances between the test sample and all training samples in kernel space are estimated based on collaborative representation. Second, S training samples with the smallest distances are selected, and Kernel Principal Component Analysis (KPCA) is used to extract the features that are exploited for classification. The proposed method implements the sparse representation under ℓ<sub>2</sub> regularization and performs feature extraction twice to improve the robustness. Also, we investigate the relationship between the accuracy and the sparseness coefficient, the relationship between the accuracy and the dimensionality respectively. The comparative experiments are conducted on the ORL, the GT and the UMIST face database. The experimental results show that the proposed method is more effective and robust than several state-of-the-art methods including Sparse Representation based Classification (SRC), Collaborative Representation based Classification (CRC), KCRC and Two Phase Test samples Sparse Representation (TPTSR). 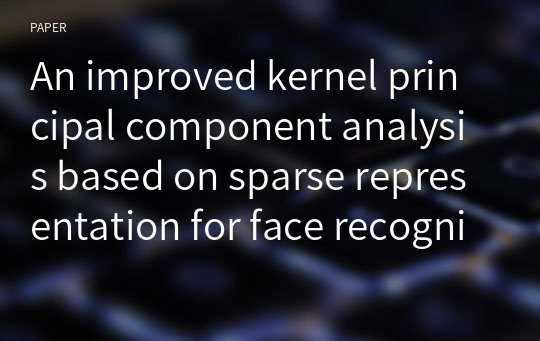