Non-oblique syntax for a dative experiencer in Korean

This paper provides an analysis of a dative experiencer in Korean and argues that not all semantically oblique experiencers have the syntax of a PP. I argue that experiencers in Korean are not represented by a PP, and I show evidence that they behave differently from PPs. The properties of the Korean-type experiencers can be accounted for by assuming an applicative approach, as has been suggested in previous studies for a similar type of experiencers in other languages. In an applicative structure, an experiencer is introduced by an applicative head, and the applicative phrase merges externally to VP. The present study suggests that the syntax of experiencers can be heterogeneous, and that not all semantically similar arguments are mapped onto the same structural position. This counters a semantics-syntax mapping in the spirit of the Uniformity of Theta Assignment Hypothesis (UTAH) (Baker 1988), often assumed in the literature. (Cheongju University) 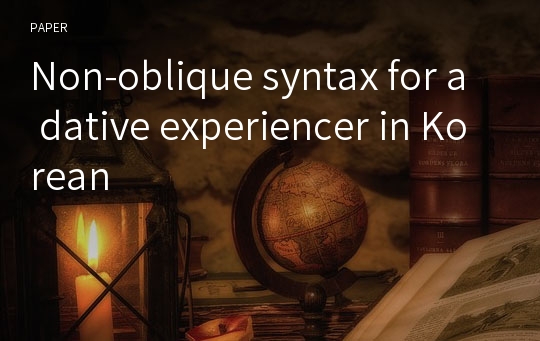