Dasan, Jeong yak-yong(丁若鏞:1762-1863) was a confucianist in the late period of the Jo-sun dynasty. His study was that recreated Chinese Confucianism in order to be profitable for the Jo-sun dynasty. The character of his theory was different from that of Ju-Ja(朱子). He thought real practice was important. What he insisted was not so much to have the worth of idea but rather to make the people`s life more wealthy. Pre-confucianists wanted to respect the former worth of Confucianism but he regarded the theory which could be used in common life as more important. Lots of his books were that re-interpreted the confucian books and explained the meaning of them to be profitable for the period of the Jo-sun dynasty. This paper reflects how did he want to teach 『Daihak』 and 『Jungyong』 that were very important among his many books. He explained like follows. 1. These two books were written for the purpose of practice to make people`s life rich. 2. The titles of two books were different but they were written in order to reach the purpose to make human being`s life worthy. 3. Both of the books reflected that people should put sincerity into practice and make nation wealthy. These are his doctrines, So I wanted to explain these doctrines in this paper. 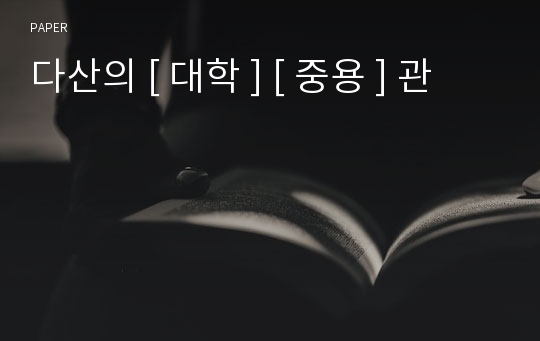