Our country has eight kinds of authorized textbooks of Chinese character. They select one of them and use it for teaching materials at each school. There are so many kinds of textbooks that each book lacks in not only a kind of unity but has some errors in the contents of them. So it seems that the current teachers have sometimes a little difficulty in teaching students at their schools. I have thought of this problem seriously for a long time and decided to suggest my idea to help current teachers. I also insist that the Ministry of Education should supervise the editors or publishers so that the textbooks may have the consistency of contents. I have dealt with the uniformity about seven parts of contents in this essay. To point out the erroneous sentence interpretation which I have commented on several times, I selected a Chinese poem, "the falling rain in the autumn night" written by Choi Chi-won as a sample. *Emphasis on the standardization of these parts 1) The name of Chinese character (How to name each one) 2) To standardize the meaning of Chinese character 3) The way of naming the letter according to the meaning and sound of it. 4) The writing order of Chinese character. 5) To discriminate the long or short sound of Chinese character. 6) To simplify the complicated character in writing. 7) The differences of opinion in interpretation : the above mentioned poem. "the falling rain in the autumn night." 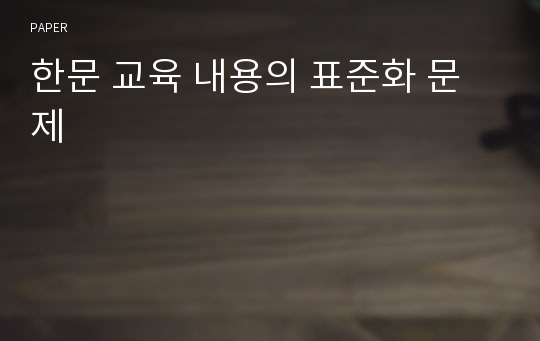