This paper examines the challenges for scholars of English literature, posed by the drive for new interdisciplinary research between humanities and science and engineering (S&E) in Korean academia in recent years (to be abbreviated as HSEIR below both for ease of reference and for want of a standard translation). Korean humanists have been criticized, not entirely unfairly, for lagging behind in such research, often with mandates to provide solutions for major social issues. However, the situation is far too complex to blame simply on humanists` non-participation. First, it is a myth that the said drive is mainstream in S&E. More importantly, a wide gap exists between the HSEIR drive in its state-sponsored definition and actual perceptions among researchers, particularly in humanities, thus bringing about no little confusion and counterproductivity. Even so, RISS search results in English literature reveal a significant increase in titles suggesting HSEIR interests after 2000, and more after 2009 (the year of the first NRF initiative for HSEIR). The actual studies are widely varied in subject and/or approach, including many that are valid irrespective of HSEIR claims, and several ill-conceived attempts that forcefully yoke S&E knowledge with literature. The latter cases serve as a wake-up call that the dominancy of HSEIR may be a phantom menace in double sense: it is exaggerated but dangerous still as a distracter from the real challenges. The foremost of the challenges for humanistic disciplines is to re-commit themselves to reflecting on changing human conditions, increasingly and inevitably mediated by advances in science and technology today. Arguably, English literature is one of the readiest to meet this challenge, with its extensive interdisciplinary expertise and strong tradition of generation after generation of literary intellectuals engaging with issues of contemporary science and technology ever since the rise of modern science in seventeenthcentury England. Instead of running after the HSEIR bandwagon, Korean scholars of English literature, me included, can look within to recover its original pre-disciplinary humanistic commitment and set their own terms of HSEIR. 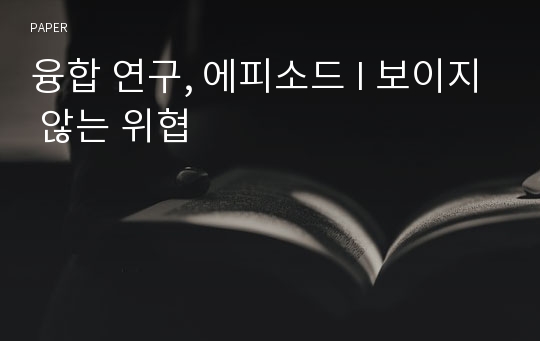