Increasing numbers of Middle Eastern patients are outsourced to specific countries like Germany or Korea through contractual arrangements with hospitals or concierge service providers with or without governmental support. The major destination for outsourced Middle Eastern patients was the US before 911, which shifted more to Germany since then, and even more recently to Thailand, Korea, and so on. As the political and economic conditions are altered, the outsourcing relations and thus the journeys of medical tourists also change in response. Korea is a relatively new destination for the Middle East, with the majority of patients being from the UAE, while Germany has been the favored destination by other Middle Eastern countries for decades. Korea`s outsourcing agreements between Middle East-friendly hospitals and the UAE government was initiated by the support of the Korean Ministry of Health and Welfare, while concierge service providers or medical providers are spearheading initiatives and activities in Germany with various networks. The number of medical tourists from the Middle East increased rapidly in the last 5 years with economic benefits being realized from medical fees as well as value-added. 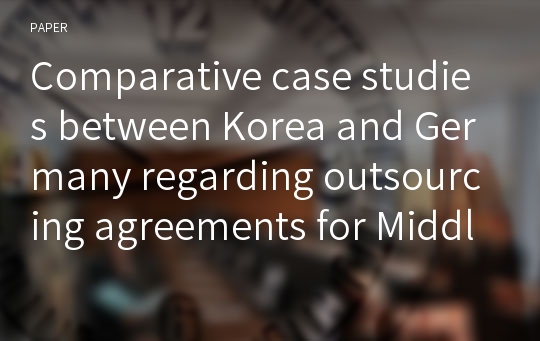