Coleridge`s “The Rime of The Ancient Mariner”

Coleridge’s “The Rime of The Ancient Mariner” is greatly related to Christian message, and it appears to have an autobiographical aspect. It is possible to interpret this poem about undergoing the religious pilgrimage in that the Mariner, the surrogacy of Coleridge, is coming to be redeemed by the truth of God. Moreover, Coleridge equates the process of writing imaginative poems with his redemptive voyage, because his fragmented imagination caused by the opium can be restored by the religious pilgrimage. Coleridge’s imaginative powers and concentration were literally destroyed by the drug: his intellectual capacity was fearfully eroded: His sense of truth hopelessly distorted. Under this circumstance, one crucial way to relieve himself from the degenerative quandary was to write his personal guilt in his poems like “The Rime of The Ancient Mariner.” It is through the poet’s employment of the biblical images that Coleridge tries subconsciously to overcome his irrationality and ultimately to reach the state of redemption. 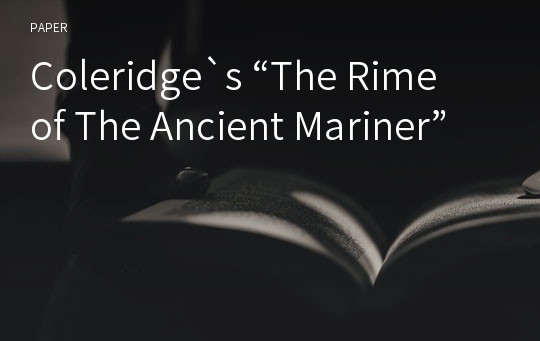