This paper is an attempt to discuss the reading of meditative symbol. Yeats stresses two seemingly antithetical aspects of his poetry, its passionate style and its traditional character. Yeats regularly combines passionate phrasing and formal poetic patterns in a meditative style that is powerfully personal. And in general structure the poetry makes constant use of dramatic devices-soliloquy, address, dialogue. The Rose makes more direct use of imagery drawn from a subject which had long been most important t the young poet. The fish material, of course, remained central. But Yeats at this point began to blend into it the symbols and concerns of material groups like the theosophists, the Dublin hermetic society and the Rosicrucians, to create a tone passionately spiritual, musical, romantic which was to become most distinctively. Yeats probably drew his central symbol of the rose. The rose symbolized perfection, a kind of platonic ideal of immortal beauty and perfection. And it also symbolizes the abstract idea of beauty. Yeats`s poetry transcends the temporal world. But tenuous vagueness of his poetics receives constant and repeated embodiment in such poems as "The Two Tree", in which he employs the cabalistic Trees of Life to express and inculcate his view of life and his poetics. In "The Two Tree", Yeats took the material of one of the basic conflicts in his own life, generalized it, and attempted to explore its universal bearings and communicate his sense of the mood it suggested through the symbols derived from his occult studies. He arranged those symbols in a formal pattern of balance and antithesis making for the superiority of the divine to the natural, the eternal to the temporal. The result is a collection of poems unified in subject matter, tone, and poetic. The poems are dramatic in structure and have a texture characterized by the syntax of common speech and a diction based on the symbols of ancient or rural Ireland and the occult. The attitude expressed through these techniques is one of explain for the temporal world, its physical mutability, its personal bitterness, and trust in the eternal world, its spiritual values, its closeness to god, its free delights. The major aim of the verse is to bring human beings into contact with the eternal mind and its eternal moods. So when men have established a vivid relation with the eternal moods of the universe, they attain unity of being and harmony of spirit. 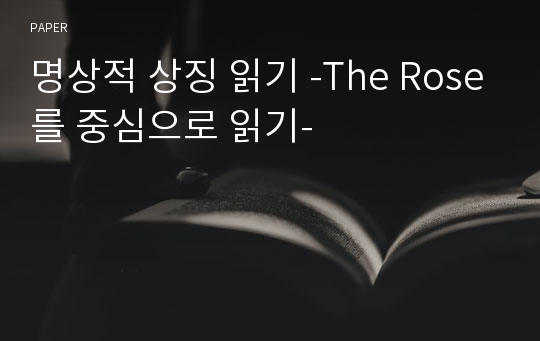