Programmed cell death or apoptosis is associated with changes in K+ concentration in many cell types. Recent studies have demonstrated that two-pore domain K+ (K2P) channels are involved in mouse embryonic development and apoptotic volume decrease of mammalian cells. In cerebellar granule neurons that normally undergo apoptosis during the early developmental stage, TASK-1 and TASK-3, members of K2P channels, were found to be critical for cell death. This study was performed to identify the role of K+ channels in the H2O2-induced or cryo-induced cell death of mouse and bovine embryos. Mouse and bovine two-cell stage embryos (2-cells) exposed to H2O2 for 4 h suffered from apoptosis. The 2-cells showed positive TUNEL staining. Treatment with high concentration of KCl (25mM) inhibited H2O2-induced apoptosis of 2-cells by 19%. Cryo-induced death in bovine blastocysts showed positive TUNEL staining only in the cells near the plasma membrane. Cryoprotectant supplemented with 25 mM KCl reduced apoptosis slightly compared to cryoprotectant supplemented with 5 mM KCl. However, the combination of antioxidants (β-mercaptoethanol) with 25 mM KCl significantly decreased the rate of H2O2-induced and cryo-induced apoptosis compared to treatments with only antioxidants or 25 mM KCl. These results show that blockage of K+ channel efflux for a short-time reduces H2O2- and cryo-induced apoptosis in mouse and bovine embryos. Our findings suggest that apoptosis in mouse and bovine embryos might be controlled by modulation of K+ channels which are highly expressed in a given cell type. 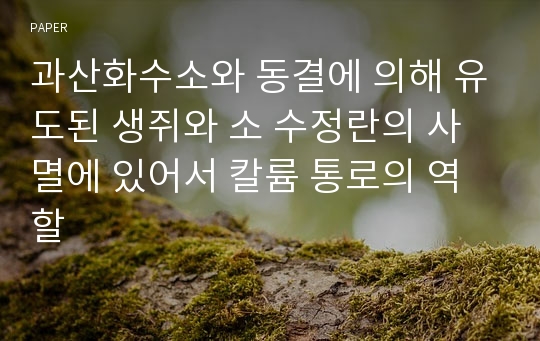