The purpose of this paper is to explore the legal conditions and efforts that have been put in place by the governments at various levels to develop China’s western regions, and in particular, to attract foreign investment into the energy sector in the Xinjiang Uighur Autonomous Region. The opening up of China since the late 1970s saw and resulted in rapid growth and development in her coastal cities, whilst the inner and western regions were lagging behind. Hence tremendous effort was put and aggressive policies were made by the government to develop and attract foreign investment into these regions including Xinjiang. Xinjiang is a region in China’s west that is rich in oil and gas resources. This paper shall discuss some of the laws and regulations that have been promulgated the purpose of which is to attract and encourage foreign investment in Xinjiang’s energy sector. 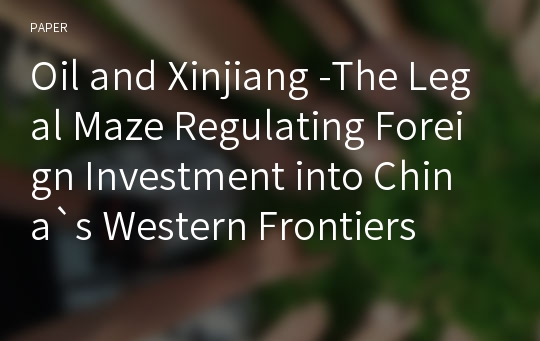