P585 : The effect of the combination therapy of cryotherapy and Fraxel laser in treatment of oral leukoplakia

Oral leukoplakia is a white or gray patch that develops on the tongue, the inside of the cheek, or on the floor of the mouth. It is the mouth``s reaction to chronic irritation of the mucous membranes of the mouth. Leukoplakia patches can occur at any time in life, but it is most common in senior adults. A 66-year-old male presented with a whitish patch on the right lateral border of his tongue and lower lip that had lasted for several months. He appeared healthy and denied any prior medical problems. He had no subjective symptoms but the lesion had recently increased in size. He treated with cryotherapy only but it was not effective. So he treated with cryotherapy followed by fraxel laser on lower lip, respectively. More than 90% improvement was noticed after the ninth session. No significant adverse effects were noted. So we report a case of oral leukoplakia in 66 year-old male with cryotherapy followed by fraxel laser on lower lip. 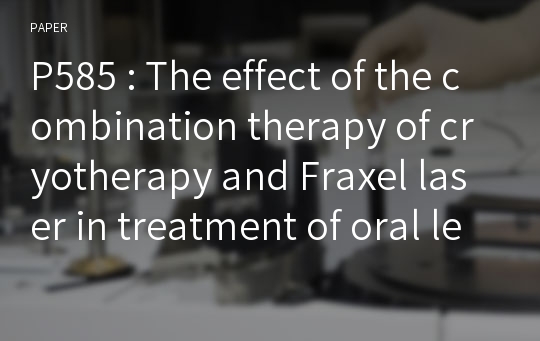