The Status of \"Be\" in Developing Learner Language

English children``s early utterances are marked by the lack of be, which suggests that functional categories such as IP are underdeveloped. To the contrary, early interlanguage data from L2 learners of English are often noted for active use of be. The present study is an attempt to identify the status of be based on Korean EFL learners`` developing interlanguage grammars. Nine Korean-English learners`` utterance data were analyzed, with a special focus on one middle school learner. All the learners were found to produce X-(be)-Y constructions as initial clauses. Despite frequent use of be, analyses from the perspectives of developmental process and head direction suggest that the early-emerging be is not the head of IP. Be as a real indicator of the IP head occurred only later. A topic-comment structure was proposed as an alternative inner structure of the initial X-be- Y sequence .. 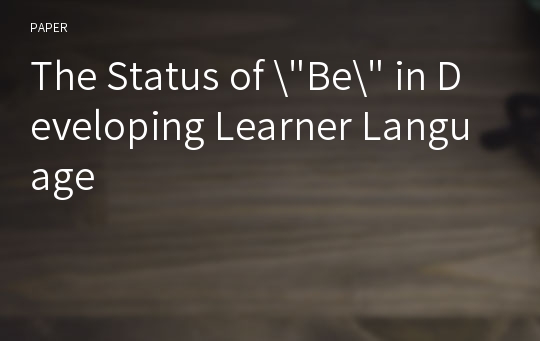