This study aims to investigate the intonational realization of sentences including the two types of intransitive verbs. It has been accepted that intransitive verbs fall into two subclasses-unergative verbs and unaccusative verbs, each associated with a particular argument structure. The unergative-unaccusative dichotomy has also been linked to differences in the phonetic constructions in which they appear. Previous linguistic analyses claim that the placement of pitch accents is determined by the verb-argument structure of the intransitive sentences in a broad focus context. To challenge this claim, we replicated Hoskins` experimental samples and further tested with new phonetically and semantically controlled sentences. We recorded speech of native speakers of English and Korean learners of English and performed prosodic and acoustic analyses. Our results showed that, when the argument structure was controlled, English native speakers produced similar intonation patterns to previous studies. Meanwhile, when the sentences were both semantically and phonetically matched, the patterns were contrary to the previous studies. Therefore, the argument structure approach is insufficient for the explanation of accentuation of intransitive sentences in broad contexts. (Changwon National University) 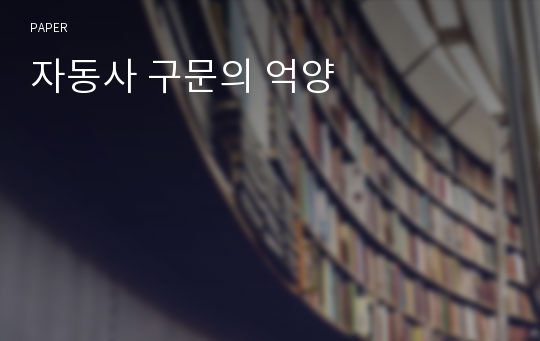